How it came about

a backstory of Down to Bedrock from Louise Cordingly

In 2011, after our mother died, we were sorting through various boxes and came across a pile of files from our father’s study. We couldn’t believe our eyes: drawings, notes, paintings, a burial record, and a complete typed manuscript.

When those 50,000 British and Australian soldiers were captured and imprisoned on February 15th 1942, they disappeared from sight and later became known as the Forgotten Army. No one was interested in them on their release 3 and a half years later, 3 months after VE day, and like so many others they didn’t talk about their experiences. When we found all these historic original papers and drawings that my father’s friends and fellow POWs had made, I decided I must put it all together as a vivid witness to those terrible days. This is what I think my father had intended.

The day after they were incarcerated in Changi he set about creating a thriving little church which was much loved by the homesick men and became the focus of activities. The church gave them structure and comfort, or, in the words of one exPOW, Bertie Boyce:

“I remember the India Lines church and was found in there at every chance I had. Each night I would make tracks to sit in silent prayer, and sometimes have a chat to a Chaplain. Here was where I got to know your dear father, who provided comfort to me because I was not feeling worth much and left in the far part of the world with no chance of seeing my family again. I was attending funerals and thinking, who next, - is it me? But through the prayers and services and your Dad, I rebuilt my life and felt a trust all would be fine.”

My father was astonished and touched by the way his friends and colleagues threw themselves into making beautiful things for this little St George’s church, especially when there were no tools or materials in the prison camp. One of the POWs told me he used the spoke of an old umbrella to engrave wording on to the brass altar cross.

For a year they existed in this vast prison camp at Changi creating a comforting routine of work, but getting thinner and sicker on starvation rations. But all the routine was shattered when the prisoners were sent up-country in bone-rattling iron trucks to work on the Burma Railway. 45% of his force did not return. Later he wrote:

“Within the camp were men of all sorts ..the strange thing was that seemingly ordinary men, of no particular calibre stood out head and shoulders above their fellows.. Under the strain of prison life only one thing prevailed and that was strength of character... Only real goodness made any impact.”

My father survived the war and later became Bishop of Thetford. Like many others he rarely spoke of his wartime experiences, and he died aged 65 in 1976. But his writings about those terrible times have now been published in Down to Bedrock. And the book can tell the story for itself.

*The PDF download copy of Down to Bedrock is provided for personal use only. You may not unencrypt, edit, print, sell or otherwise redistribute the PDF file. 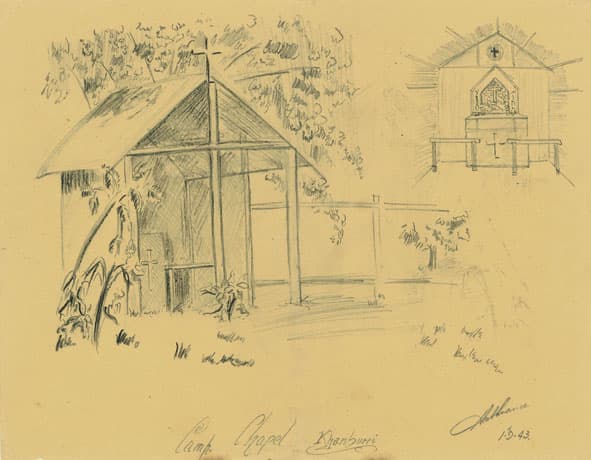 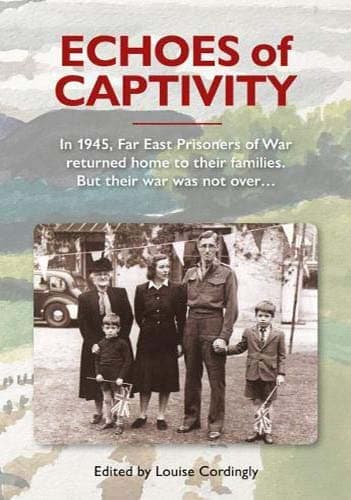