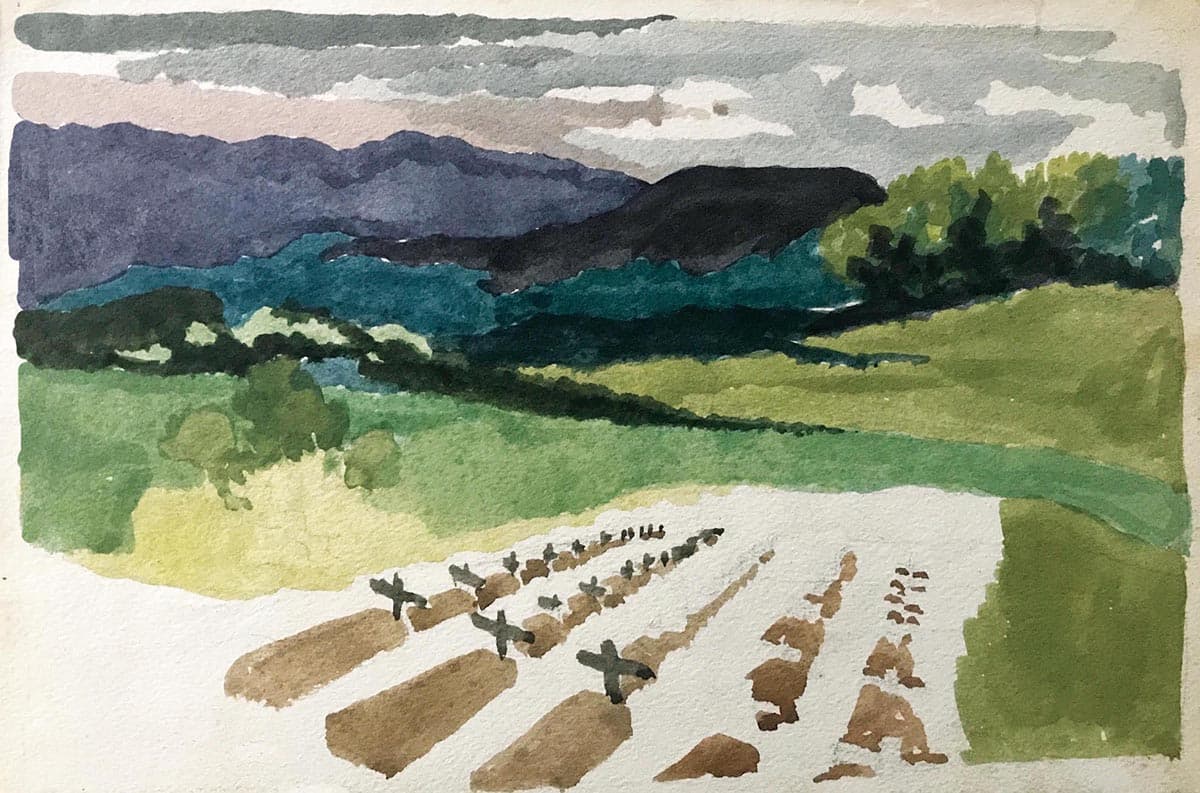 POW Cemetery at Shirakawa in Taiwan by Padre Frederick Stallard

About Echoes of Captivity

In 1945, Far East Prisoners of War returned home to their families. But their war was not over…

In this newly published book Louise Cordingly, whose own father, Bishop Eric Cordingly, was a POW, has gathered together 35 interviews with the families of the men (and one woman) who returned from three and a half years of captivity, many of them broken men.

In 1941-42 Japan took more than 100,000 Allied prisoners of war in the Far East. These prisoners were used as slave labour on the Death Railway and across the region. More than a quarter of all prisoners died – from starvation, overwork, torture or tropical disease.

Their harrowing experiences in captivity have been chronicled in detail. But the story of what happened after they returned home has rarely been told.

For many the war did not end in 1945. For decades to come the former prisoners had nightmares and flashbacks. Their wives and families struggled to cope with damaged men who couldn’t find the words to talk about their experiences.

The echoes of captivity carried right to the end of the survivors’ lives – and continue today in the lives of their children.

Louise Cordingly, has travelled across the country to collect their families’ stories. These children, now in their 60s 70s and 80s speak about living with the trauma experienced by their fathers. Their stories are searing in their honesty. Some are funny, others are uplifting. None of them will leave you unmoved. 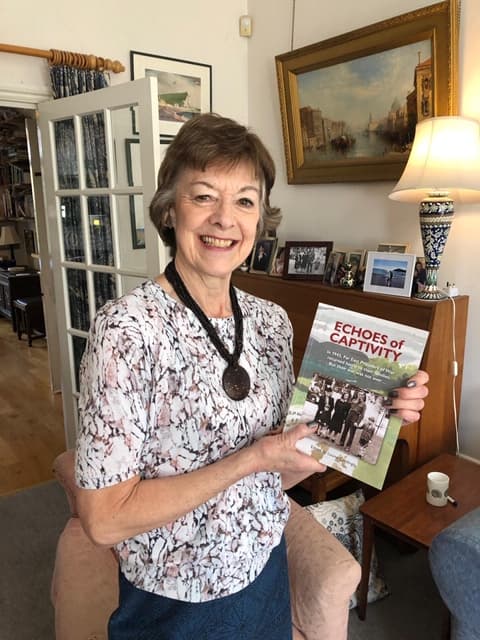 Louise Cordingly with Echoes of Captivity

Echoes of Captivity is available to buy online or via email.

Follow the link below to place an online with Amazon.

Books can be ordered from sales@echoesofcaptivity.co.uk for £20 per copy including P&P. 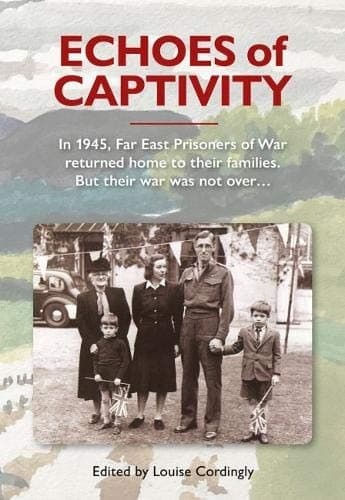 Other Books in the Series

A Symbol of Hope in the Shadow of Death
The story of the prisoners, their faith and the cross

The Diary and Secret Notes of a Far East Prisoner of War Chaplain 1942-45
Eric’s wartime diary and notes, including drawings by fellow prisoners

This official notice advised returning Far East Prisoners of War not to talk about their experiences. 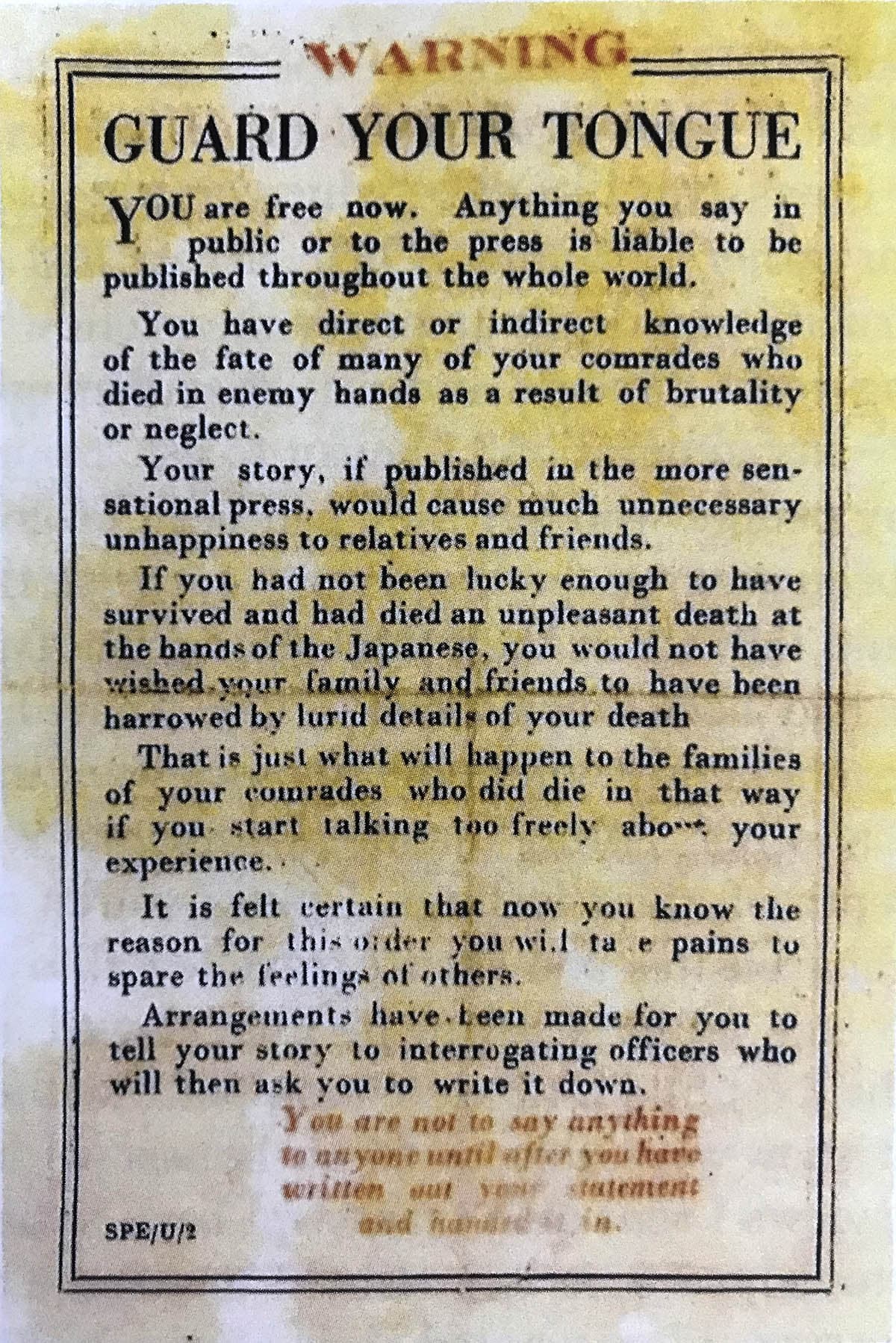 I feel I have lived a life without really knowing my father, which affects me on a day-to-day basis in realising my lack of understanding of him in earlier years for which I still feel guilty.

I wish that my father was still alive today to enable me to hug him close and ask the many questions I still have, and to say at last to him ‘Dad, I understand’ 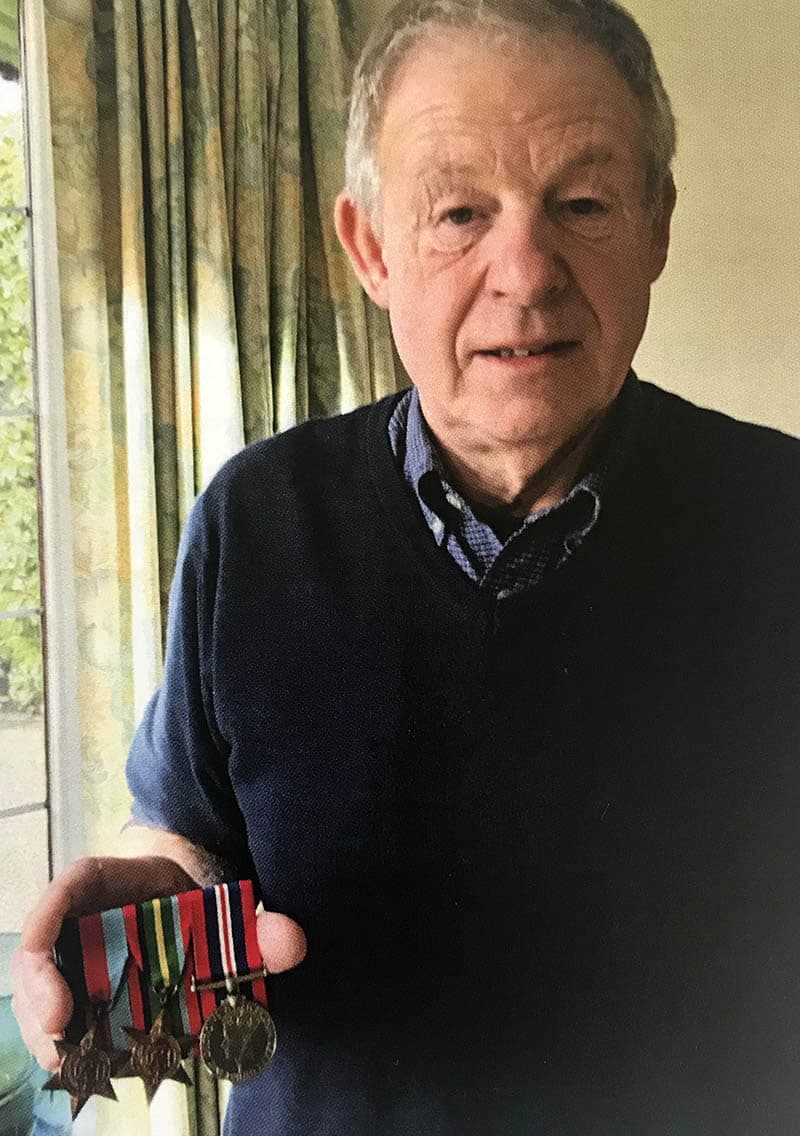 Gerry Lewcock with his father’s medals

My Dad died in January '49 at age 25 when I was six months old. He died so young because of numerous and ongoing illnesses as a POW, he was diagnosed in 1948 with what was then an incurable malignant hypertension and he died six months later.

I was not conscious of missing him or having thought about it much when growing up but in my later life it struck me that I have never called anyone “Dad”. As I got older I became more curious about my Dad and as an adult I have always been disappointed that I never knew what it would have been like to have known him and grown up with him. 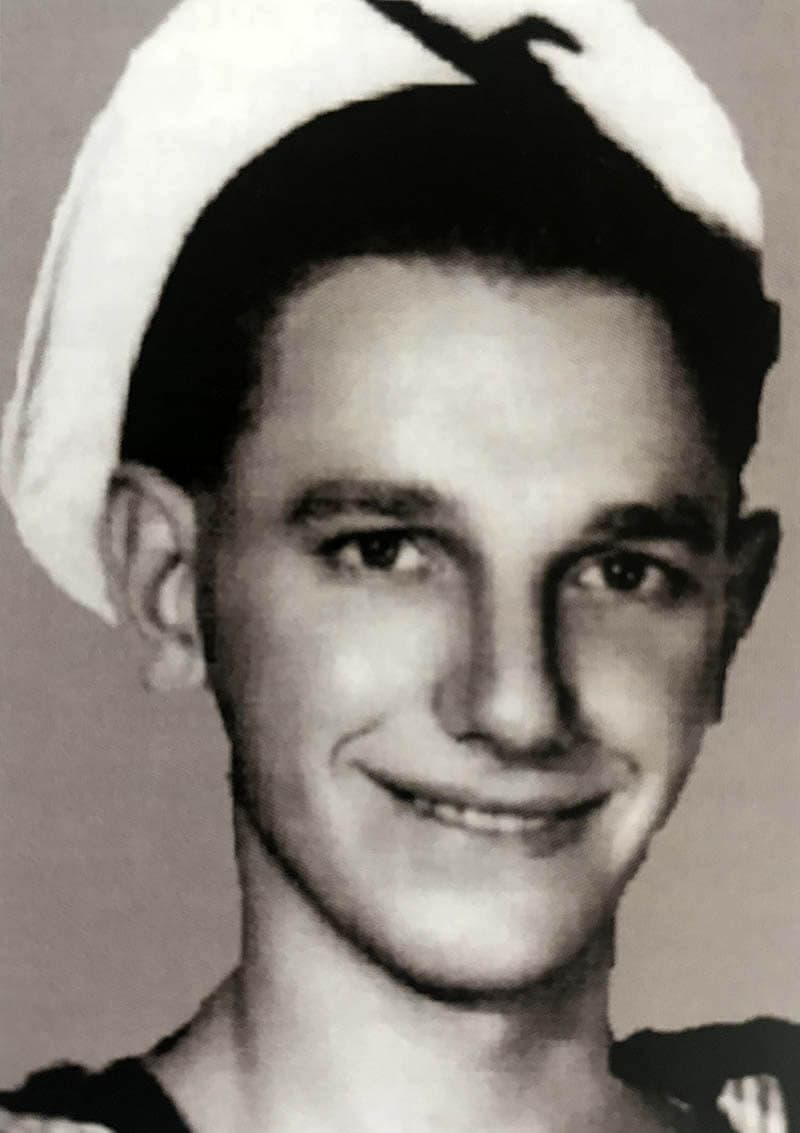 Dad didn’t talk about his experiences but he would make comments. He was doing his feet one day and he said to me “Every toe on that foot has been broken.” I said “When did that happen Dad?” He said “Oh that was when I was in the jungle.” And I thought he must have tripped over all the roots of the trees. Things like this he would come out with. But they broke his feet each and every toe because he was caught trying to escape once. 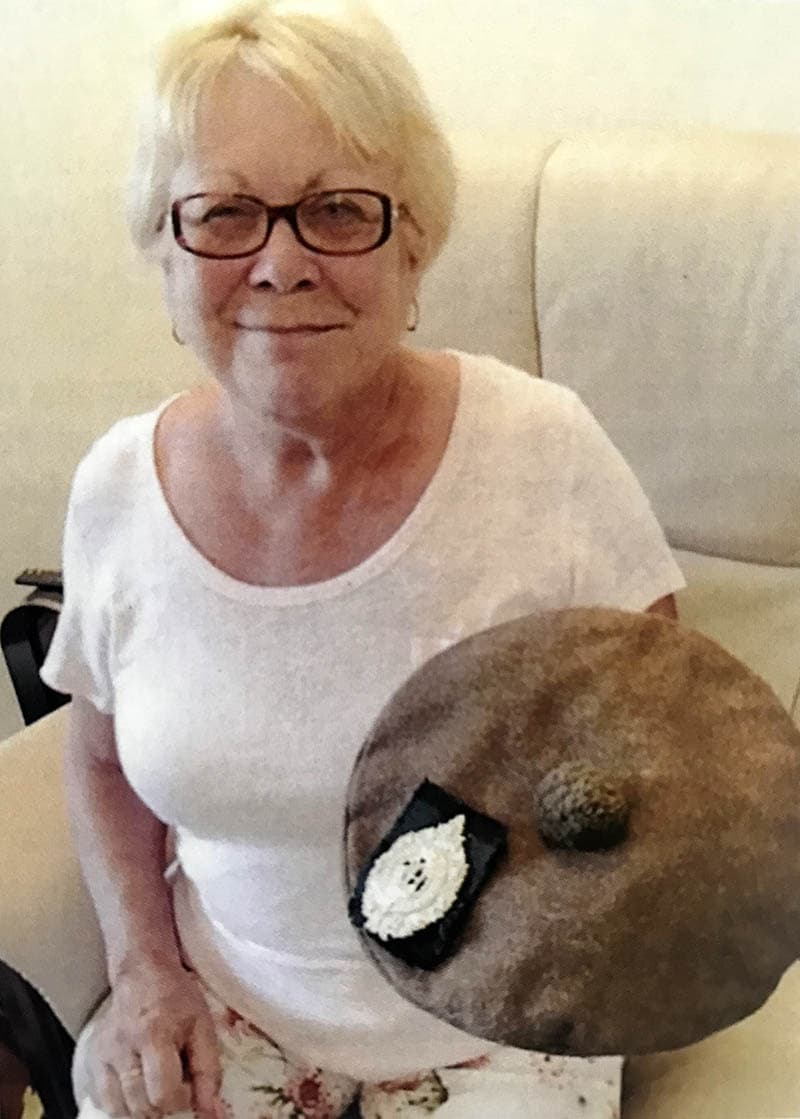 I remember my father coming home to the landing stage in Liverpool. That was absolutely incredible! We were on the top deck of the passenger terminal and suddenly you spotted the old boy, he was also up on the top deck and it was great! My mother said, “That’s him – there he is!” and then he started waving and because he was rather a senior officer we were let on board to see him. But the thing that was most incredible, a thing which sticks in your mind forever, was that there was a lady running up and down the quay with her little boy saying “Is my Johnny on board?” It was absolutely heart-breaking because clearly she had not heard from him, she knew he was out in the Far East and probably didn’t know whether he was dead or alive. She just hoped. I remember that big-time. You can sort of hear the voice in your head even now. 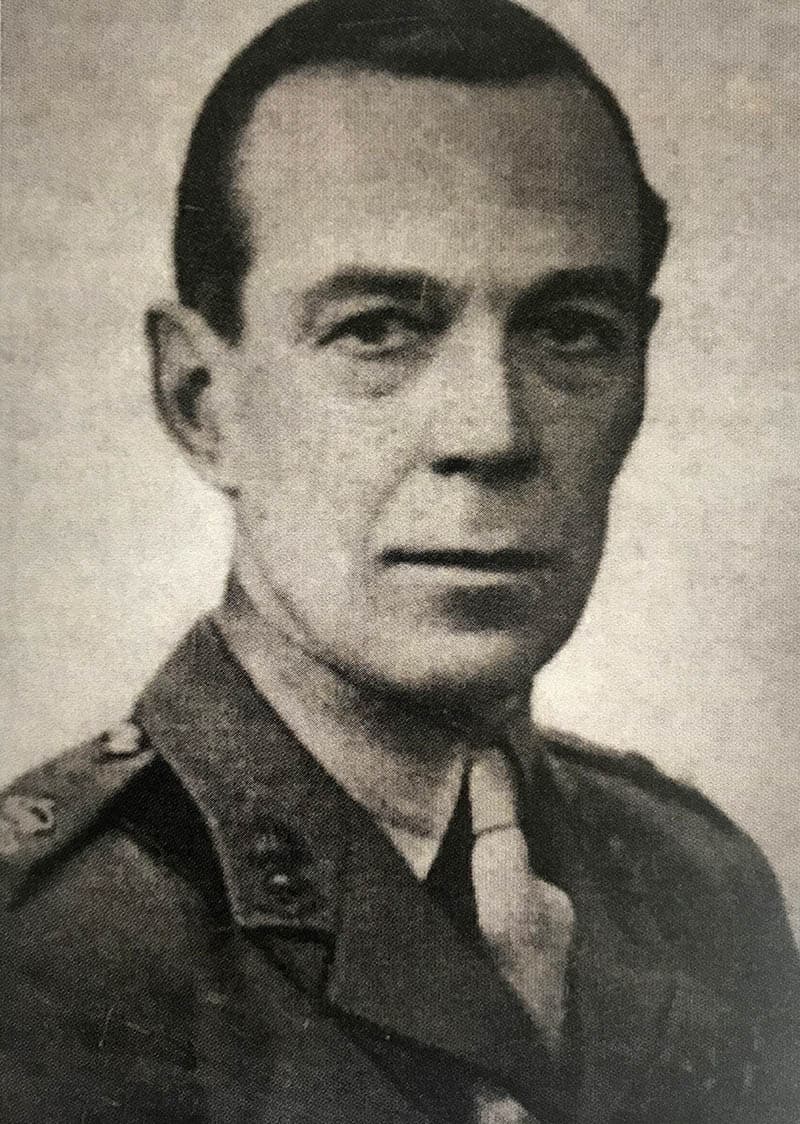 Edited by COFEPOW member and author Louise Reynolds, (nee Cordingly, whose father was FEPOW Padre, Eric Cordingly), ‘Echoes of Captivity’ has been published to coincide with the 75th anniversary of VJ Day. The book is a 400-page retelling of the lives and experiences of those who grew up after the war as children of returning FEPOWs. Louise describes her work:

I’ve taken an unusual slant on the FEPOW story by concentrating on the families, especially the children, of the men who came back from the Far East in the autumn of 1945, many of them deeply traumatised by their experiences as POWs.

Thirty-five interviewees have each given a compelling testimony of what it was like when their fathers returned home and some of them feel that their lives were profoundly changed as a result.

There are common themes: for instance, many of the men suffered from nightmares and shouted out in their sleep, which terrified their children. Some exhibited what would clearly be called the symptoms of PTSD if they were diagnosed today. They were cruelly advised by the government to keep silent and since many of the children never dared to ask what had happened to them, they took their secrets to the grave. Many of the second generation, myself included, have been haunted by a feeling that we never really understood our fathers and we’ve been searching ever since to learn the truth of what they’d been through. There is also a theme of forgiveness running through many of the interviews: whether it was possible to forgive their Japanese and Korean guards the needless cruelty they inflicted on the POWs. Some feel it is essential to forgive in order to move on, others are equally convinced that forgiveness is impossible, especially on behalf of the friends they lost through starvation, illness or brutality.

I was very touched that so many people willingly offered to share their very personal stories, and I’m sad that I could include only a tiny percentage of the families who have been affected.They are not all sad stories: some are uplifting and inspiring, one or two are amusing, but they are all very vivid, sometimes telling their stories through the eyes of a child and other times as adults, looking back poignantly at the past. As one interviewee, Gerry Lewcock, said:

“I wish that my father was still alive today to enable me to hug him close and ask the many questions I still have, and to say at last to him ‘Dad, I understand.’ ” 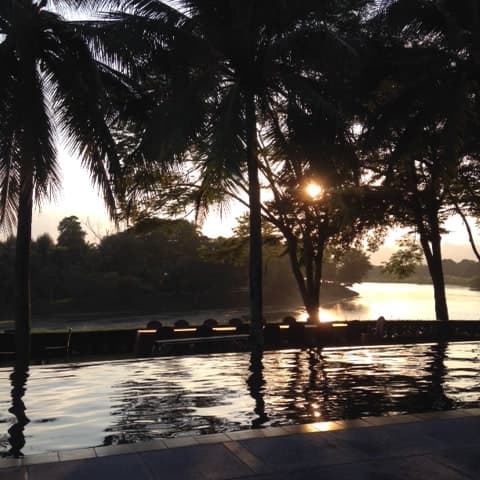 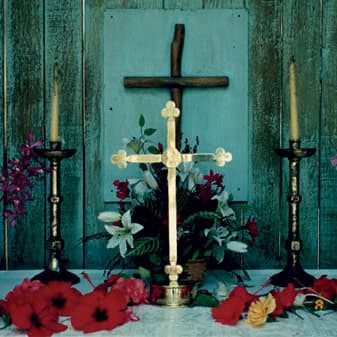 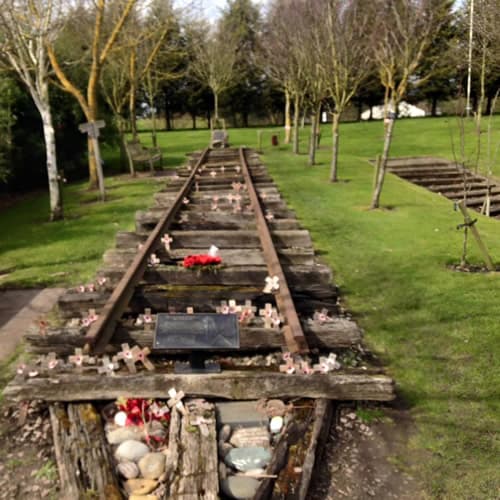